Thankfully, I was able to patch my internet and it's currently working... though the questions remains for how long. Anyways, in celebration of the return of my Internet and Gustav (my computer) deciding to work, I give to you another edition of the Summer Break Reading Challenge!

And was this one was really fun to complete. Here's what you had to do.

1. Make a fake name
2. Get a random verb for your title
3. Find the first photo with a person in it using that verb
4. Use an online photo editor to put everything together
5. Write a short synopsis

In short, you create your own fictional book cover. I've seen some of the ones that are already created and they're fantastic! In fact, most of them I would want to read the actual book; they're just so professional. 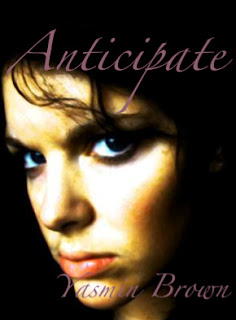 
Summary: I died the morning that I turned 18… and then I woke up a few hours later.

Death is part of life that can sometimes come quickly and unannounced. Addison Mackenzie found that out when she suddenly died one morning while walking to class.

Death is also supposed to be final; you’re not supposed to wake up from death, but that’s exactly what Addison Mackenzie did.

Branching from a society so secret that no one knows of its existence unless they’re a member, Addison has become its latest recruit.

Chosen since birth, Addison wakes from her death breathing and fully aware of her past life. But she knows that she’s not herself. That is, she’s herself, only better. And now she has to pay the price for being selected.

Here lies a life of luxury, a life where you want for nothing, and Addison has no idea what to anticipate from it all.

Admittedly, I'm not completely satisfied with it, but it'll have to do. At least is conveys the mysteriousness that I wanted it to. Still, I think that it could have turned out better. Oh well. Maybe I'll work more on it later and see what else turns out. I also got the photo from here, just to state the source material.
Posted by -k

Wow that was creepy! Sounds like one of those books that will give you nightmares!

I would totally read this book. Please write it!

I absolutely loved it. And would so read this book too :-) Great job on the cover!

It almost sounds like a real book. Very well done!