Music in the Night 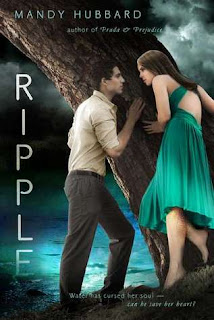 Summary: Lexi is cursed with a dark secret. Each day she goes to school like a normal teenager, and each night she must swim, or the pain will be unbearable. She is a siren - a deadly mermaid destined to lure men to their watery deaths. After a terrible tragedy, Lexi shut herself off from the world, vowing to protect the ones she loves. But she soon finds herself caught between a new boy at school who may have the power to melt her icy exterior, and a handsome water spirit who says he can break Lexi's curse if she gives up everything else. Lexi is faced with the hardest decision she's ever had to make: the life she's always longed for - or the love she can't live without?

Love Love Love! This was such an amazing novel and it wasn’t one where I figured everything out within the first few chapters. Hell I didn’t see the ending coming, so there you go. Plus, MERMAIDS! Mermaids are definitely my new favourite paranormal creatures, just squeaking above werewolves and leapfrogging over vampires.
I loved how this take on the siren (mermaid style, not birdlike) played out. I felt so sorry for Lexi and what happened to her on her birthday and then what she felt she had to do in order to protect not only herself but her friends. Her ice queen persona was heartbreaking, which is why I was really rooting for Cole over Erik and for her mending her friendship with Sienna.
Hubbard’s take on the siren mythology was different from a lot that I have read though still rooted in the general standard. I think it’s the way that the story is written around the legend and the emotions that made it more than your average siren story.
This was a novel that I read in a very short time seeing as I was unable to put it down. I thought that the story was amazingly well done and it completely pulled me into the tragedy, the romance, and the mythology. I loved the characters and I loved the twists and turns that I never saw coming.
Oh the ending! While I had some ideas about how it was eventually end, I never would have guessed the way that it did play out and I loved that. There’s nothing worse than figuring everything out before the story really takes off – I didn’t get that with this novel at all.
This was one amazing novel in m opinion and it only makes me want to read more of Mandy Hubbard’s work as soon as possible. I’m giving Ripple a 9.5/10!

Did you think about trading with the ultimate Bitcoin exchange service: YoBit.